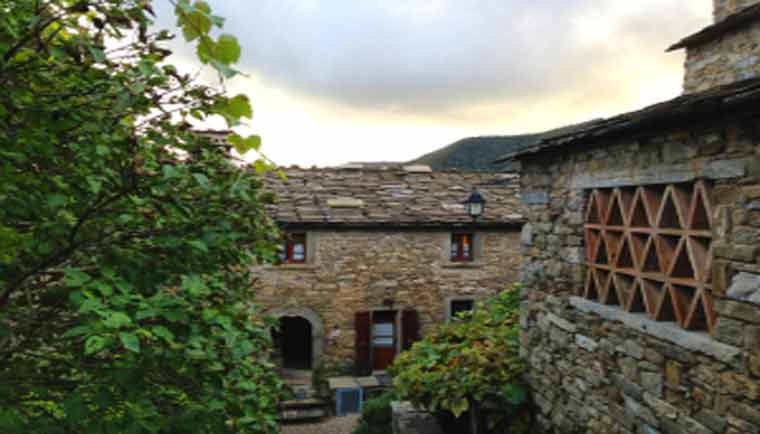 A walk in the Clouds

As a continuation of our family vacation last November, we travelled from Firenze to Terontola, Cortona. We had taxi’s waiting for us at Terontola station. For those who prefer to drive, you are better off taking the train from Firenze to Camucia, a small village where there is a car rental available.

Our friendly taxi drivers were a father and son team, typically Tuscan, typically Italian, both cool to the hilt. As we drove down the perfect village roads, headed to Borgo di Vagli, my mind wandered to the locations shown in 'a walk in the clouds’ starring Keanu Reeves and Aitana Sánchez-Gijó. Although filmed on location among the wineries of Napa Valley and in the towns of Napa, St. Helena, and Sonoma, I felt that the region of Cortona was very similar to the locations shown in the film. And as our taxis neared Borgo , our final destination, the similarities grew even stronger. 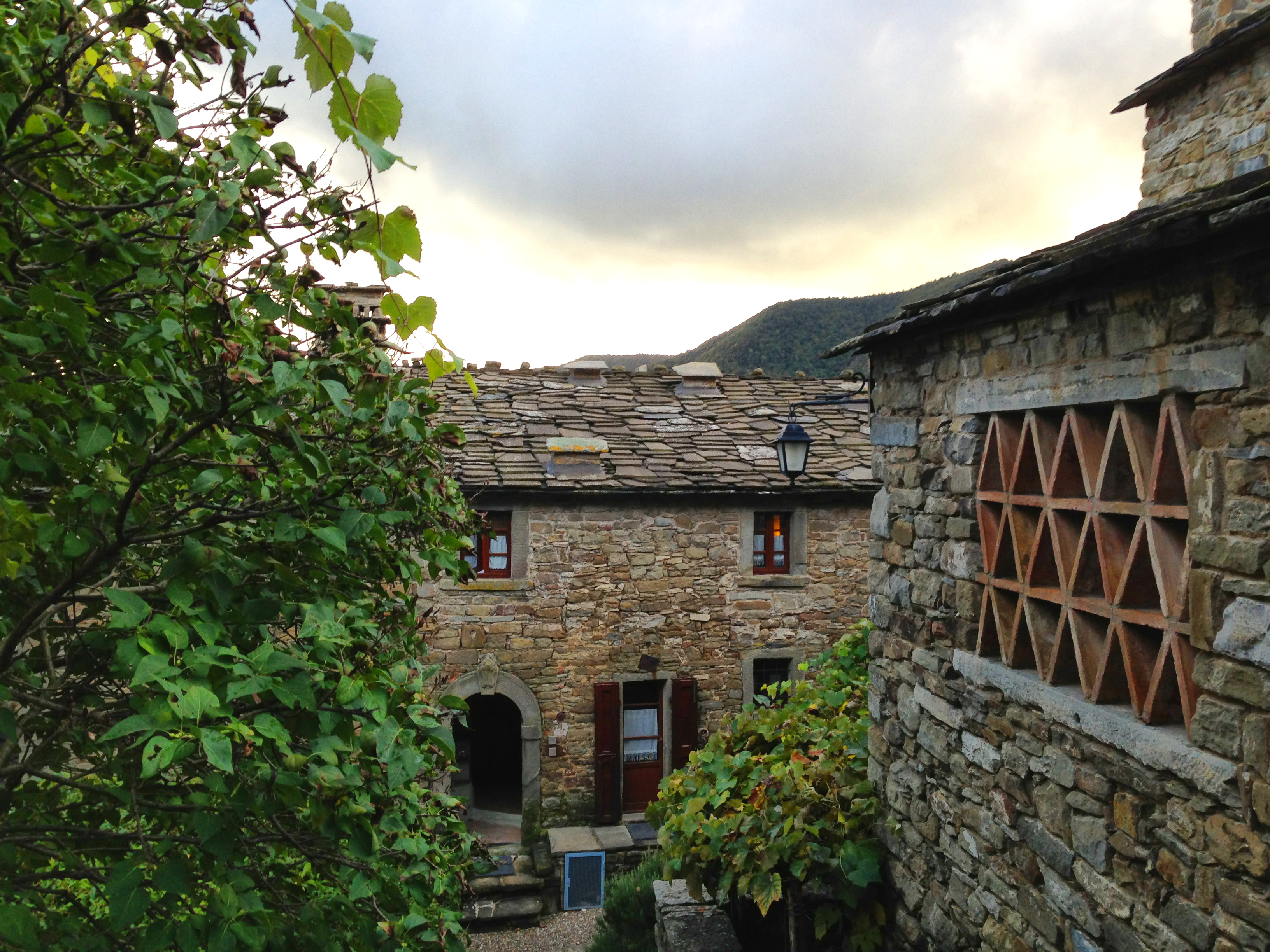 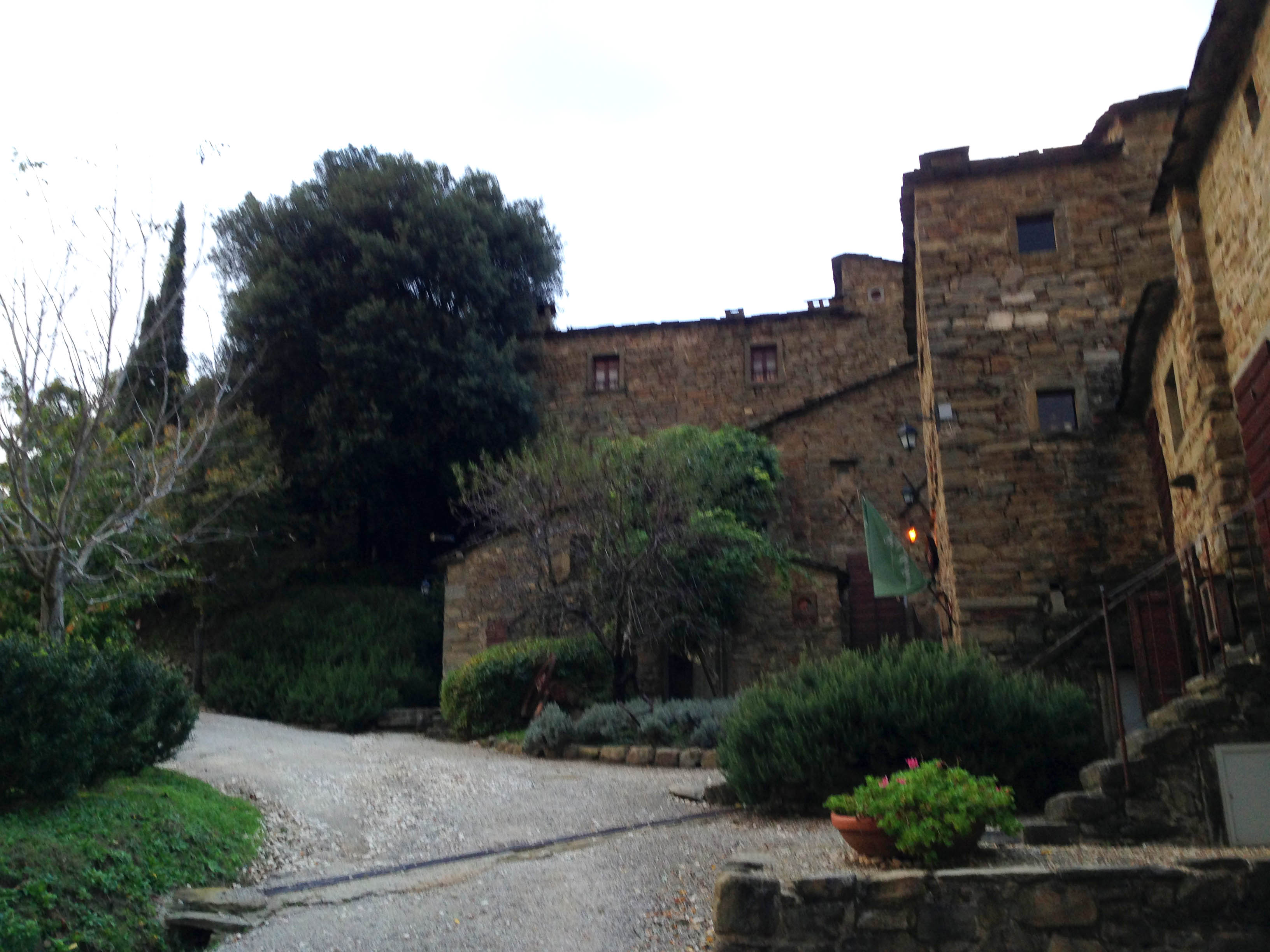 Tucked away in a valley lies this quaint, meticulously restored 14th century Hamlet. While at the Hamlet you are surrounded by rolling hills, rows of olive trees and panoramic views of perfectly manicured terraces which sooth your nerves with the deepest feelings of pristine peace and quiet. From Borgo you can also see the 10th century Pierle Castle. We were told that Vagli’s first structure was built in the 14thcentury as a guard tower to protect the Castle from marauders entering the Niccone valley from the hills behind Cortona. 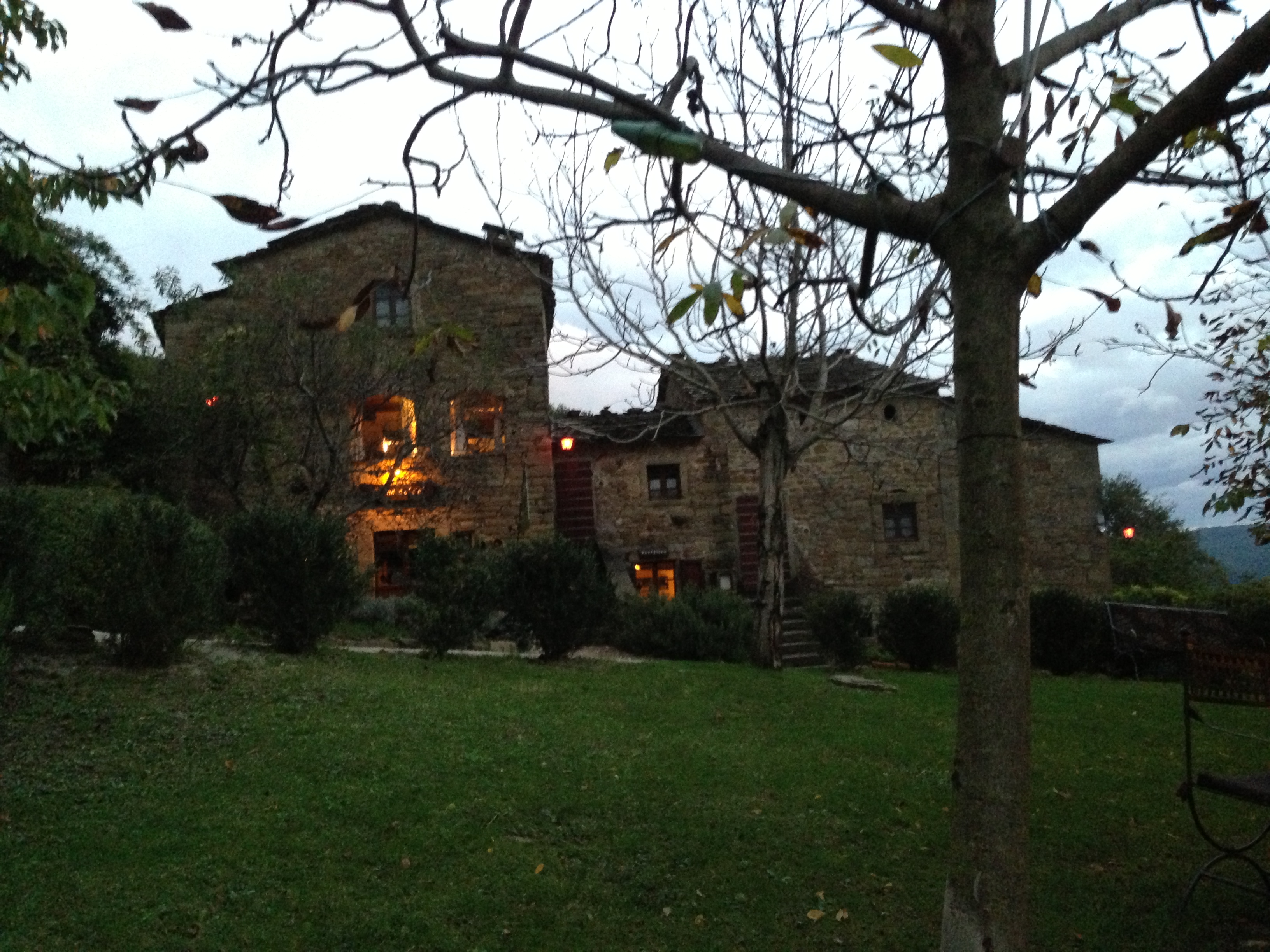 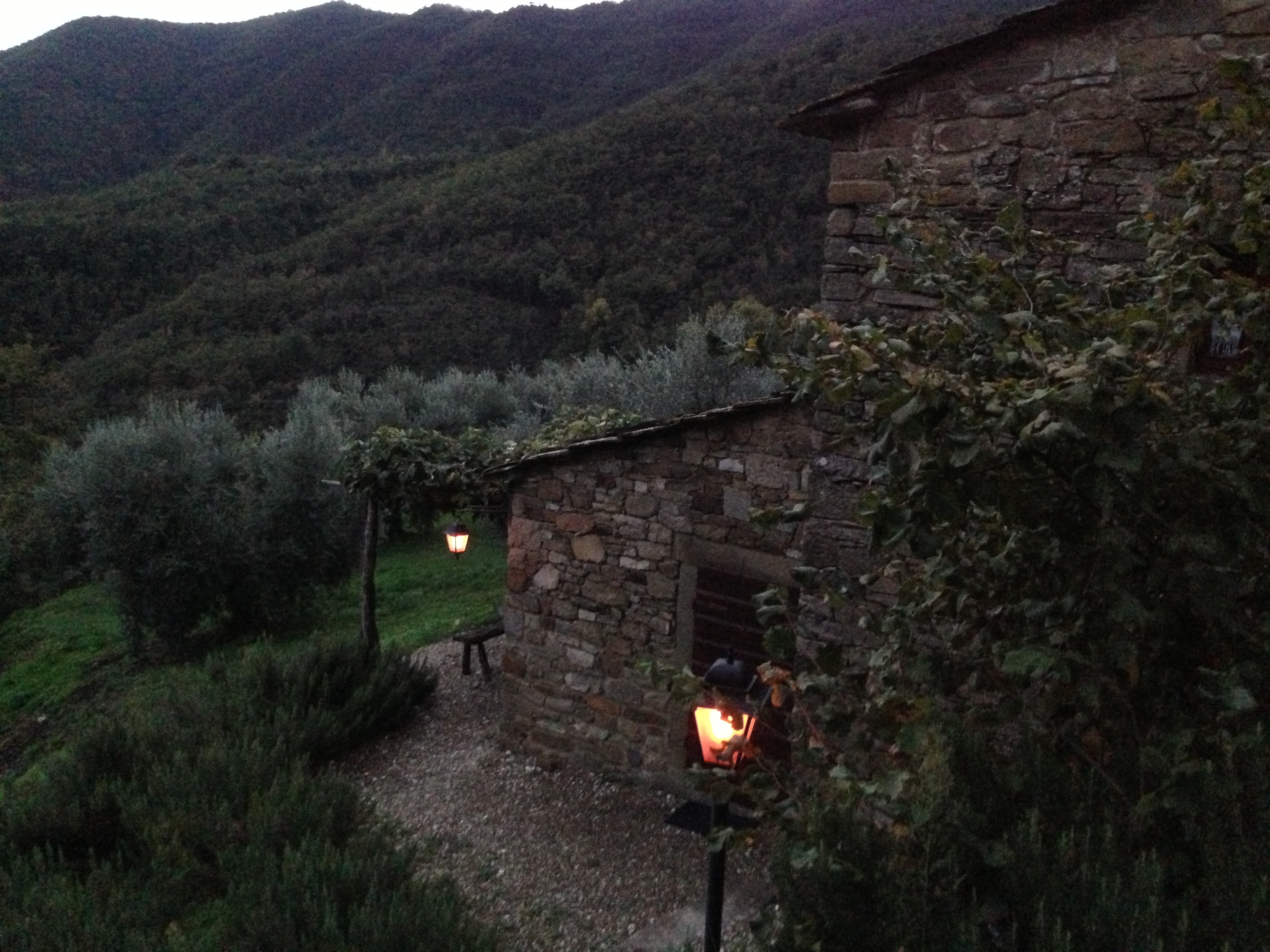 What is special about Borgo di Vagli is the fact that the restoration architect Fluvio Di Rosa, whom I was lucky to meet, has done more than well in his efforts to protect the authenticity of the original structure .In the late ‘80s Vagli was completely abandoned; only a woodcutter continued to keep a few mules in one of the stables. It is then that Fulvio chanced upon this ruined village and dreamed of restoring it.With the assistance of Dina Fragai (the present cook at the candle lit trattoria on the property and an owner of one of the residents), Di Rosa approached the woodcutter and other owners who had moved away into bigger towns and convinced them to sell him their homes. Fulvio purchased the entire hamlet and then the restoration began. The charm of the place stems from the thick stone walls, the terra cotta floors, the wooden beam ceilings, the antique village styled Italian kitchen with handcrafted cutlery, low doorways, rural furnishings, an old fireplace with a stone chimney and small windows cut through the walls inviting into your Umbrian living room the unspoiled treasured beauties of the Tuscan countryside. 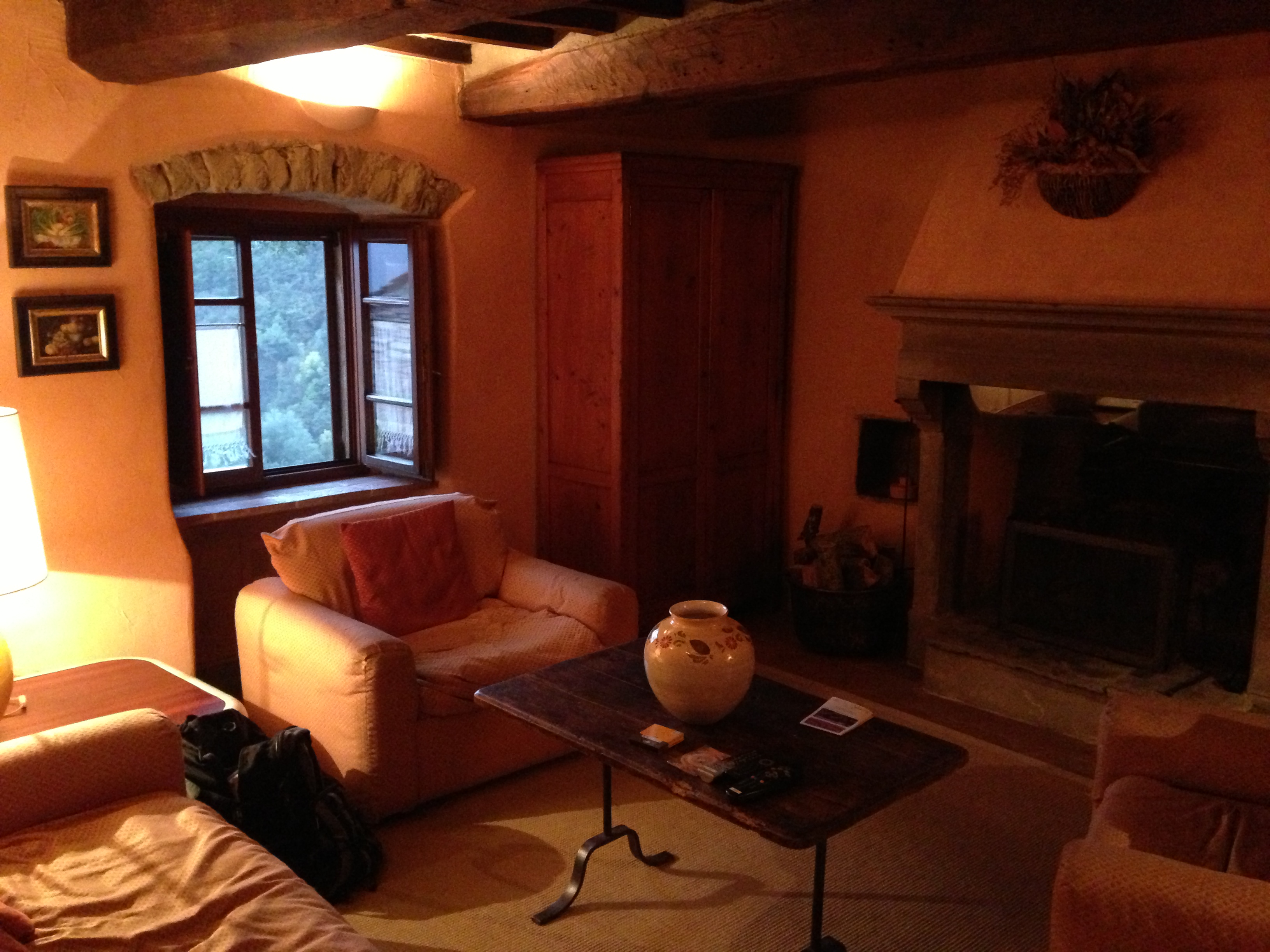 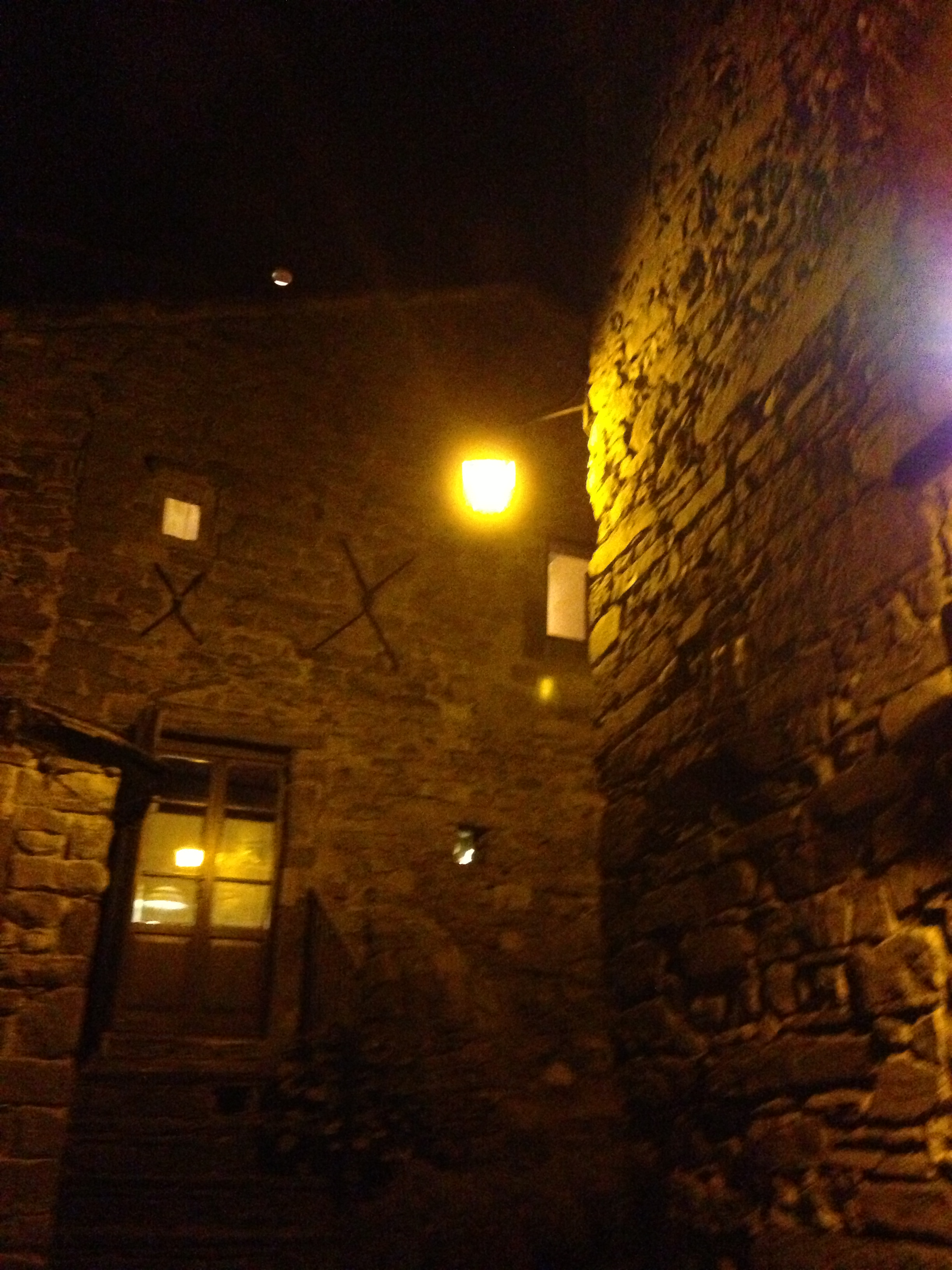 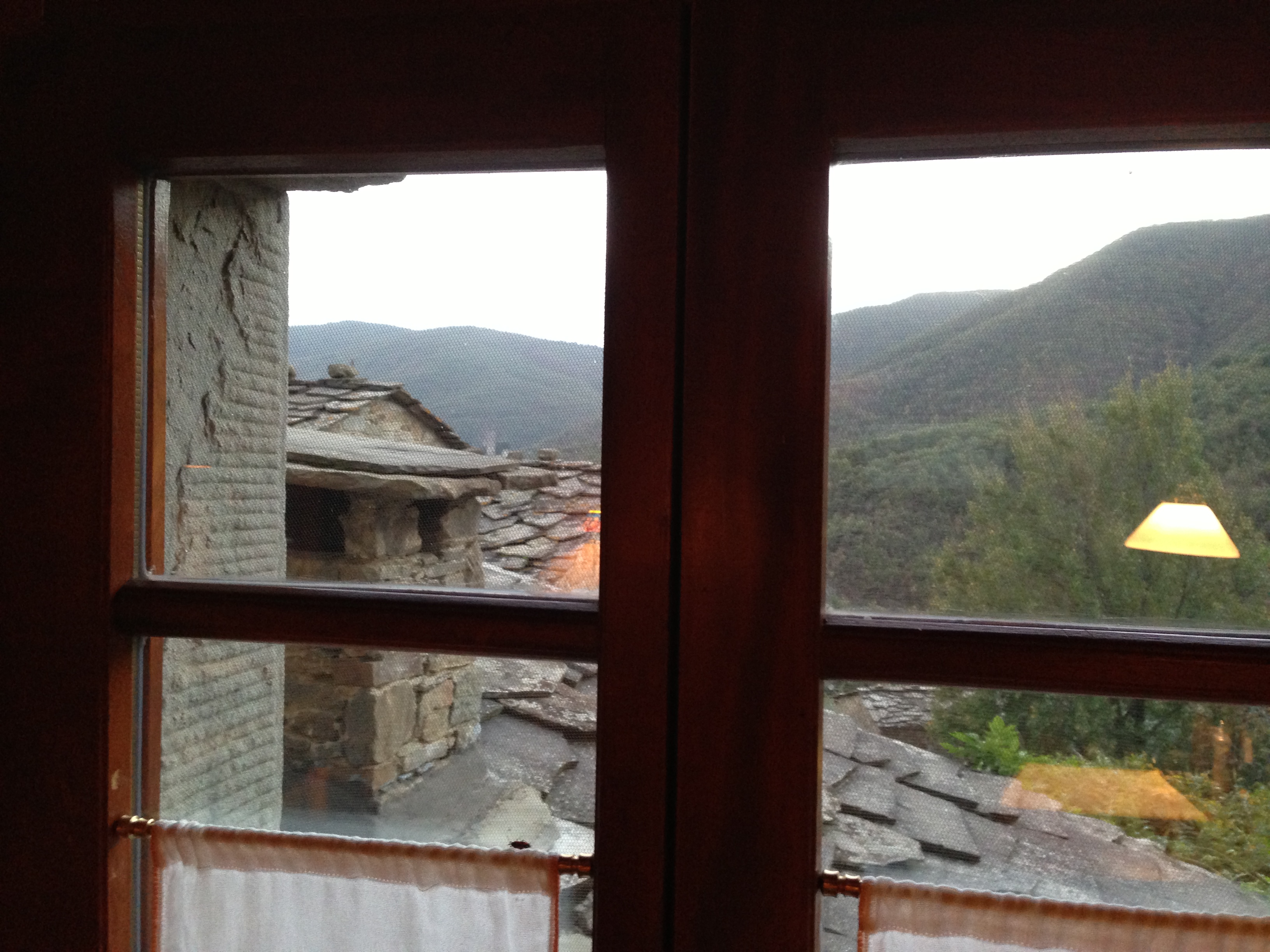 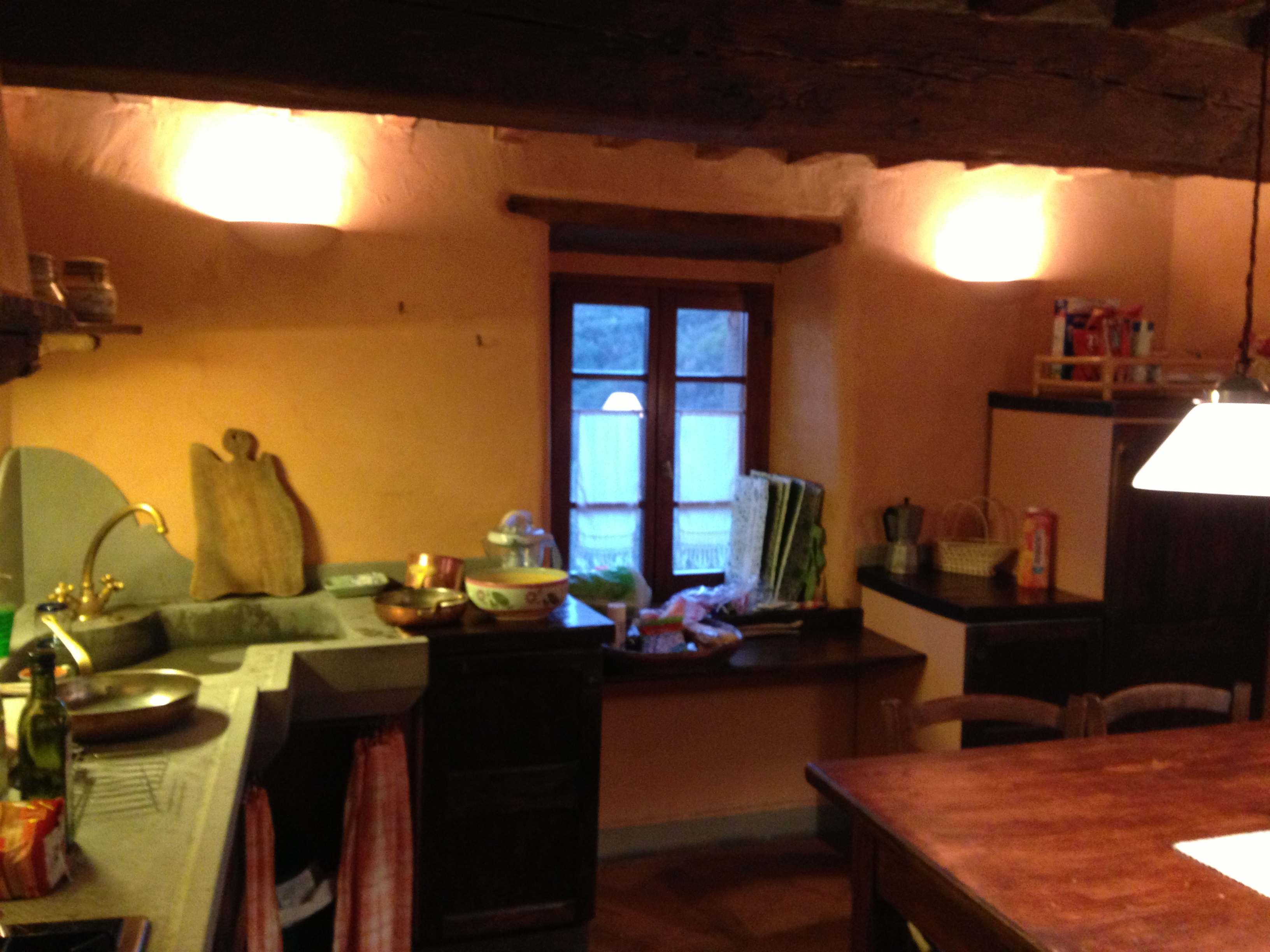 We were spellbound as we settled into our medieval yet luxurious dwellings. Mum, dad, Laveena and I were together in one home while the other had Aiyaz, Shamira, Shahzain and Medina. Our home for the week was the designated meeting place with the community kitchen. We didn't waste much time before we embraced our parts as local Itlian villaagers. We almost felt like we belonged to a different era and were a big Italian family ready to get down to some serious cooking in the kitchen. We first stocked up the fridge with the local produce and wines we had purchased on the way from the station to Borgo. Fabio our taxi driver had been generous with his tips and said that ‘It wuda be wise tu stopa at da villlage tu buy da fo   oda for your 5 day stay at Borgo.’ We listened to Fabio as he and his dad Luca, pulled into the supermarket in Mercatale, a tiny village only 10 minutes away from Borgo. Here we stocked up on treasures like fresh local herbs, olive oil, different meats, percorino cheese of Pienza, pastas from the region like Orechhiette, Penne, Spaghetti, Strozzapreti and something Luca insisted we try, Pappardelle, usually eaten with rich game sauces, and ortelli mugellani, little parcels of pasta filled with potato and flavoured with cheese and meat. We also purchased eggs, freshly baked Italian breads, bottles of fresh juices, red wines and chocolates from Perugia.

Over the next week, each of us was given a task. I was in charge of the breakfast eggs and from the looks of appreciation I got from the family each morning, I think I did a rather fine job. Shamira and Mum cooked some of the finest Italian dishes ever, while the job of cutting, salad preparations, the marinates and general cleaning were handed to Laveena, Shahzain and Medina. Everyone excelled at what they were asked to do and for our breaks we would step out of our rural cottage straight into the beautiful misty valley for some fresh mountain air. 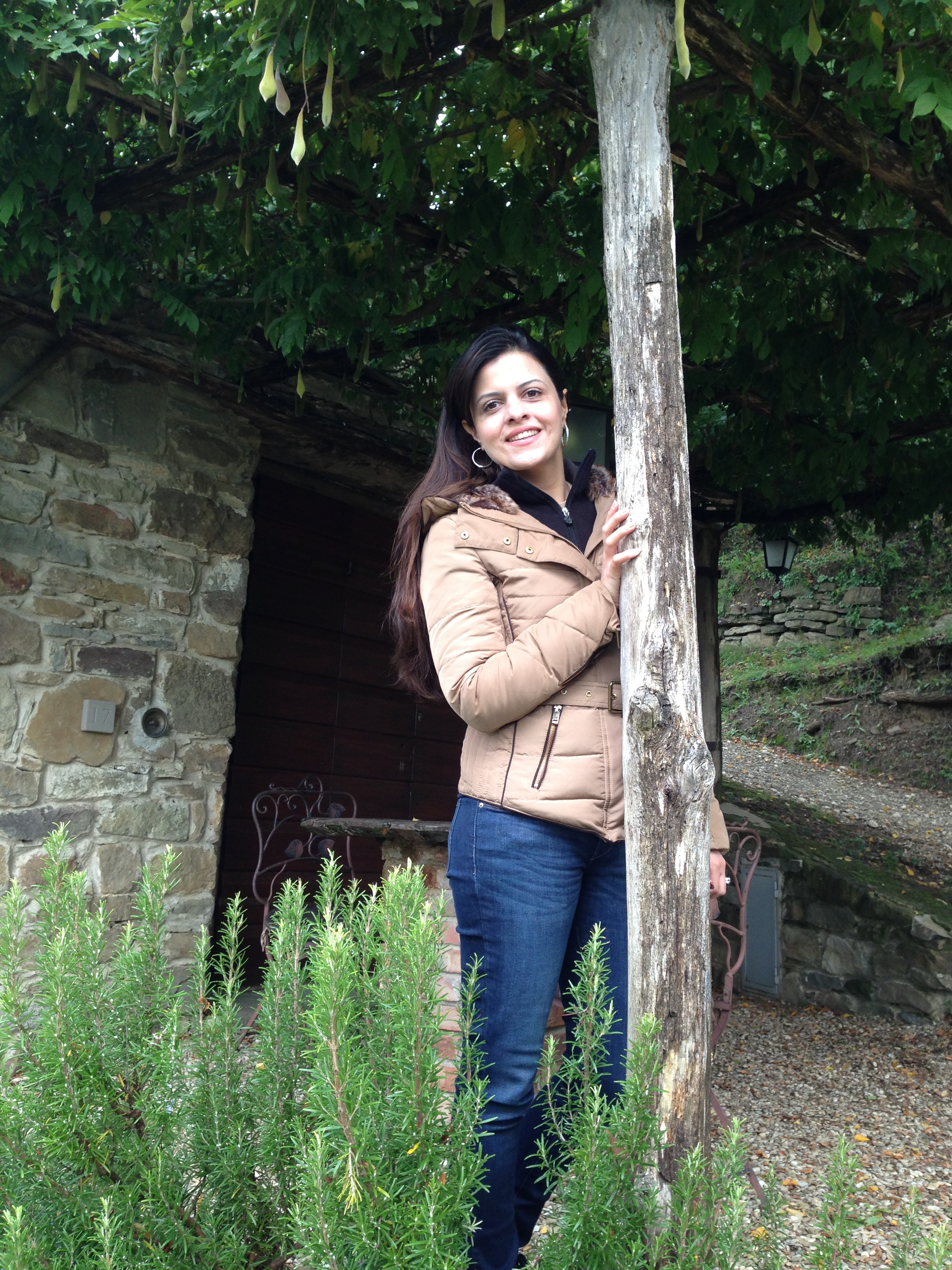 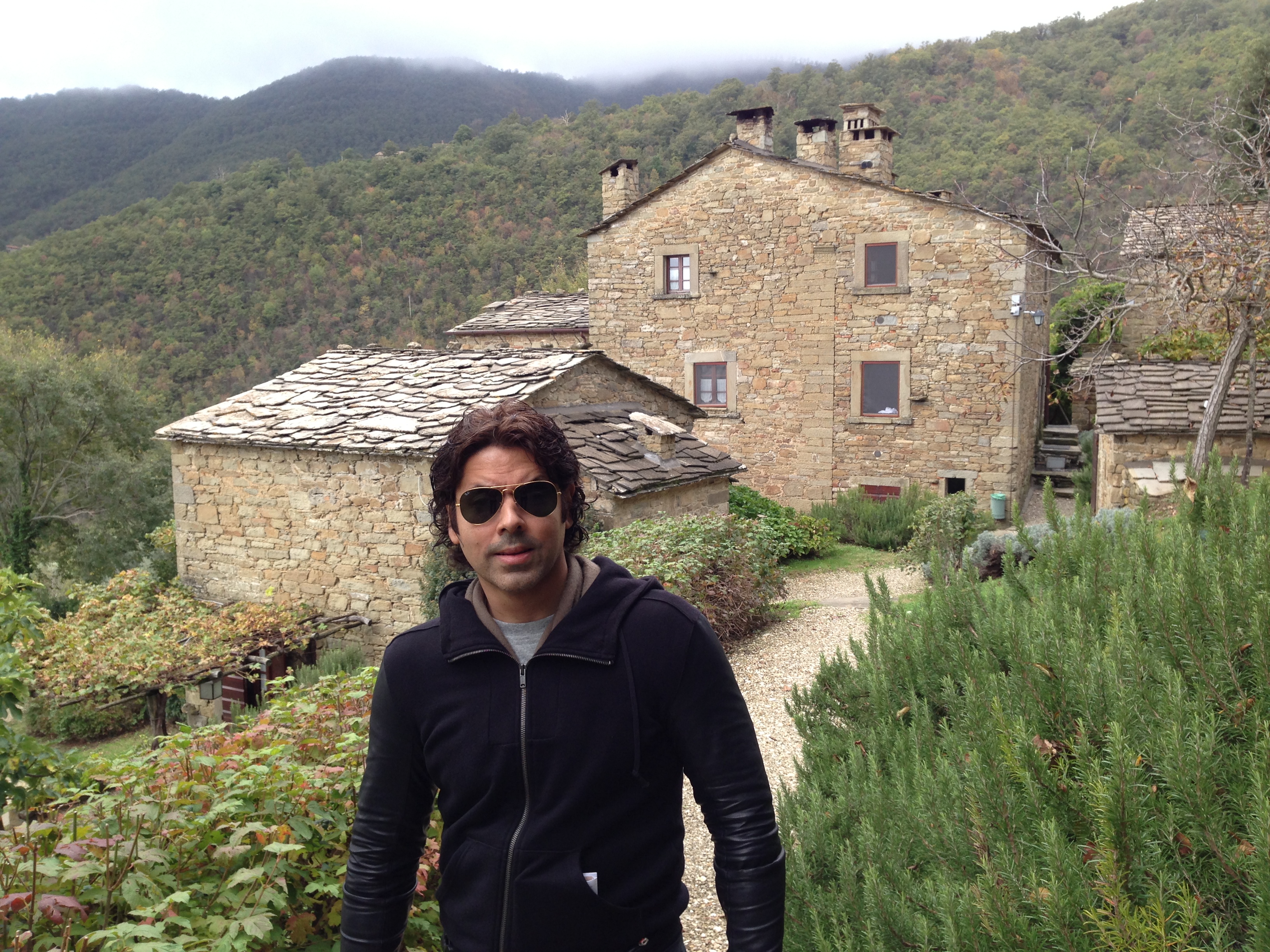 At night we would meet at the ancient Tratorria to feast on Dina’s Italian food. The Trattoria has no modern day lighting and is like a quaint private escape with 600 year old walls, candle stands and cobbled flooring. All of it marvellously rustic and ever so appealing. Dina’s food is heaven sent with every bite transporting you to a culinary past and giving rise to visions of history and tastes which are hard to describe and best experienced first hand.

Dinner was followed by long family walks under the clear Tuscan skies where the air was crisp and the light cool November winds gently carried with it the smell of fresh olives from the rows of trees nearby. We teased Dad that since he was the head of the family he carried the title of 'The God Father' and each of us had to kiss his hand as a mark of respect. This light hearted role playing added to the authenticity of this Italian countryside. 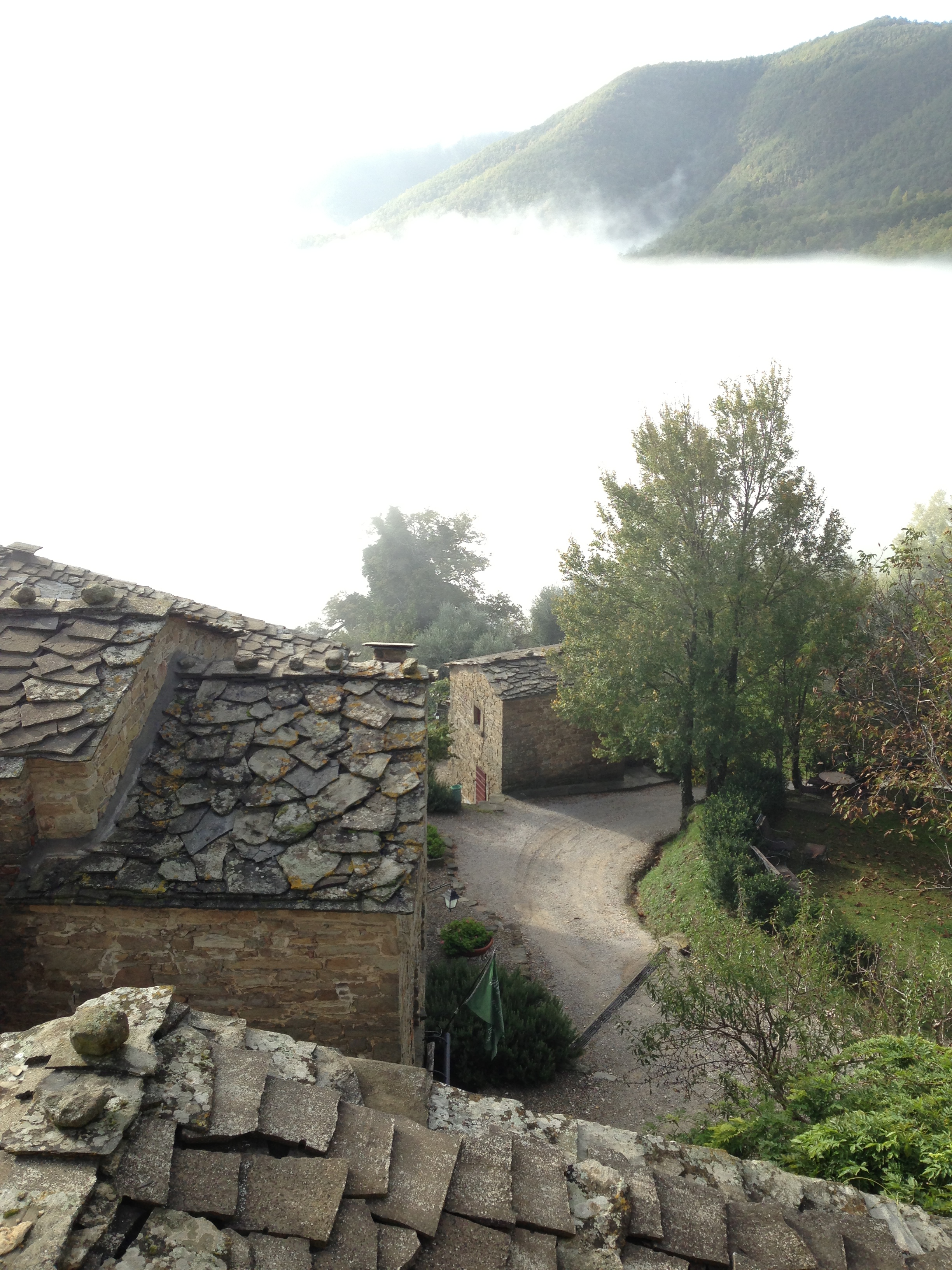 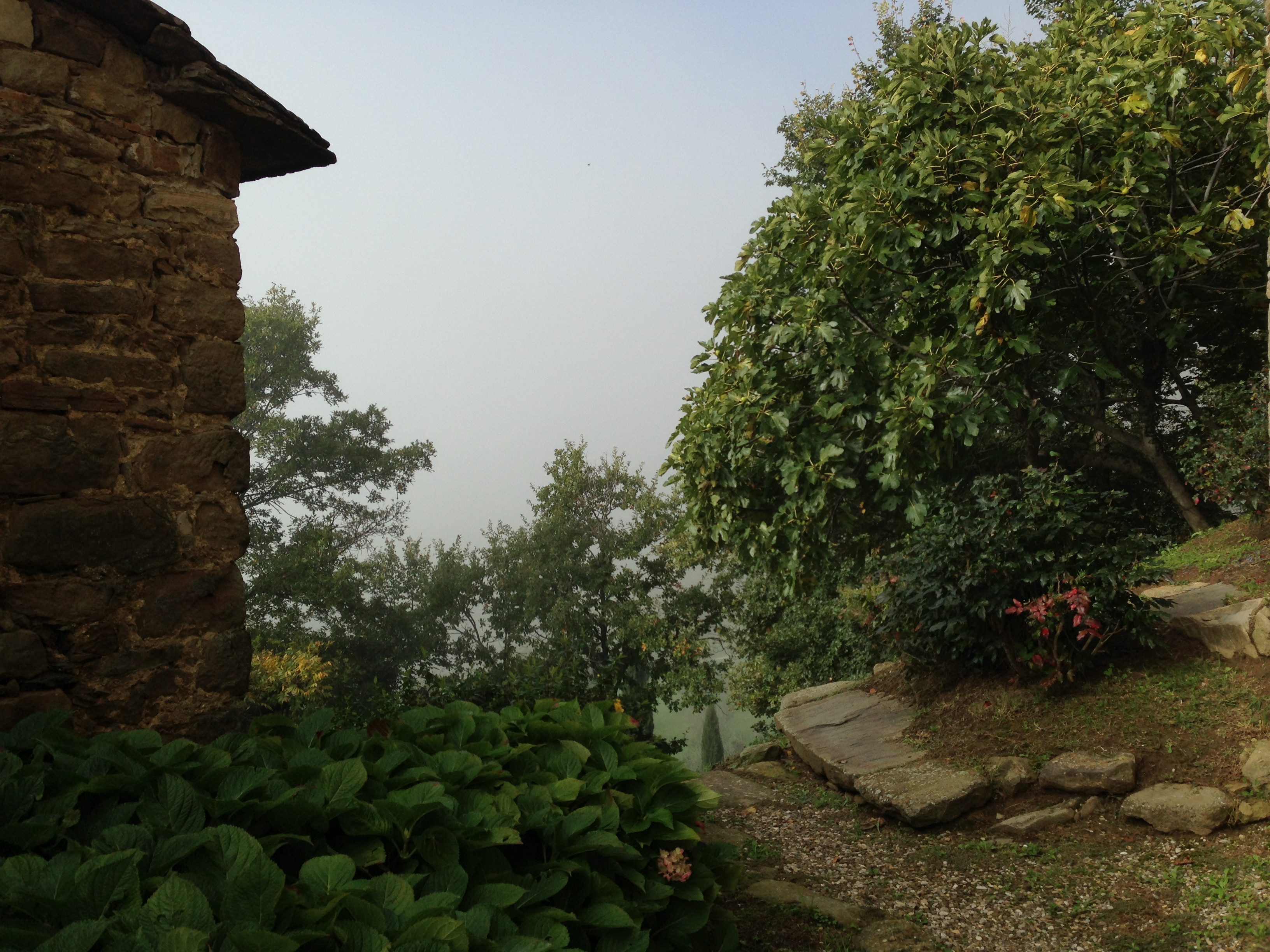 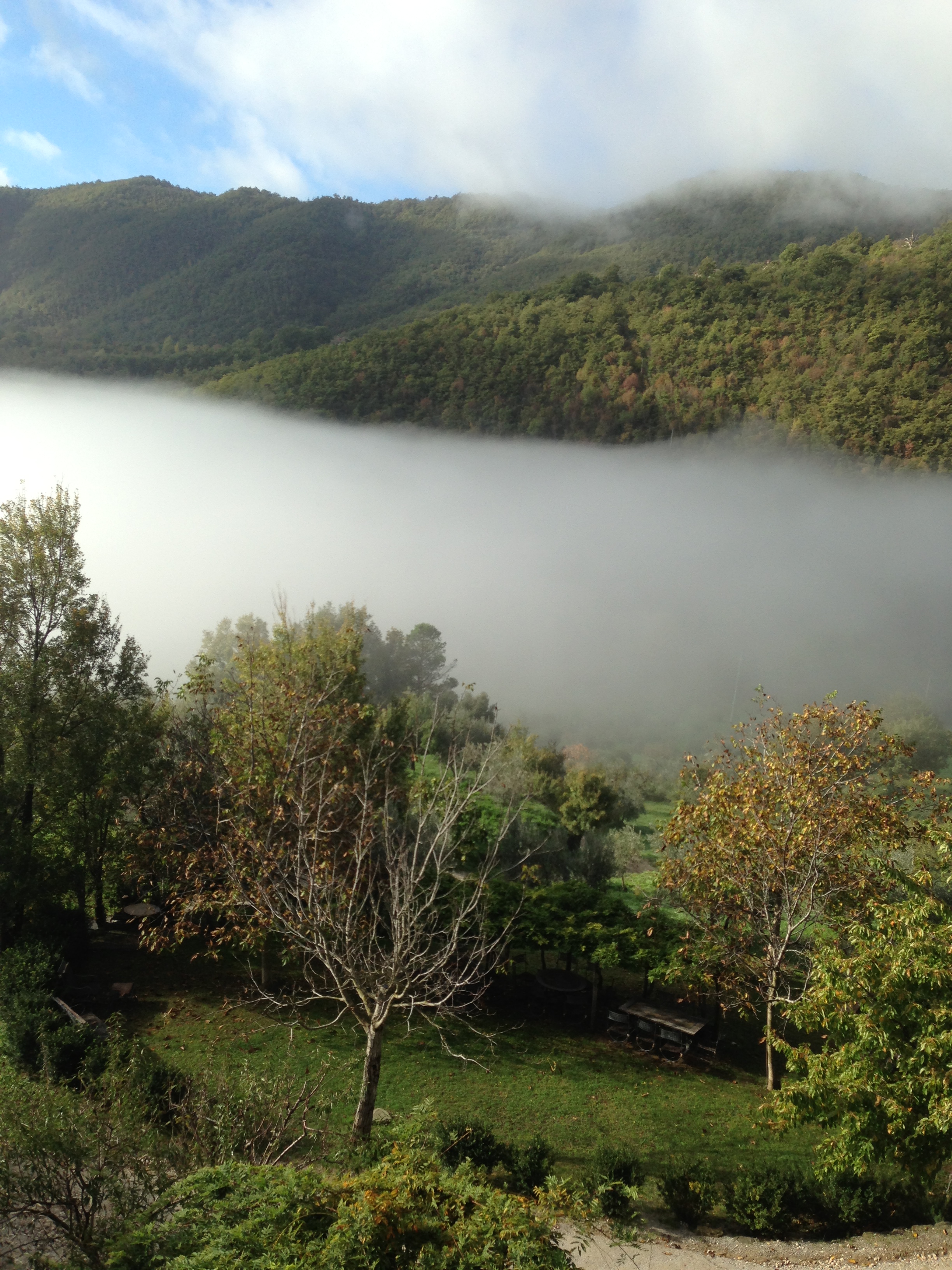 One clear night, under the cluster of the whitest brightest stars I had ever seen I spotted a fox. It seemed as intrigued to see me as I was to see him but before I could grab my camera to capture the moment, the fox stealthily vanished into the valley.

Our days at Borgo were generally lazy, mostly spent lounging on deck chairs reading our favourite authors, chatting about sweet nothings, going for long walks, cooking fab meals or driving down to Mercatale for some local family cooked village lunches. No meal disappointed us as the combination of the freshness of the produce and the love of the Chefs, whose only desire seemed to be to satisfy the appetite of the hungry Indian adventurous family who had drifted from the beaten path to discover a side of Italy not many new about, was seen reflected in their mouthwatering creations on the plate. 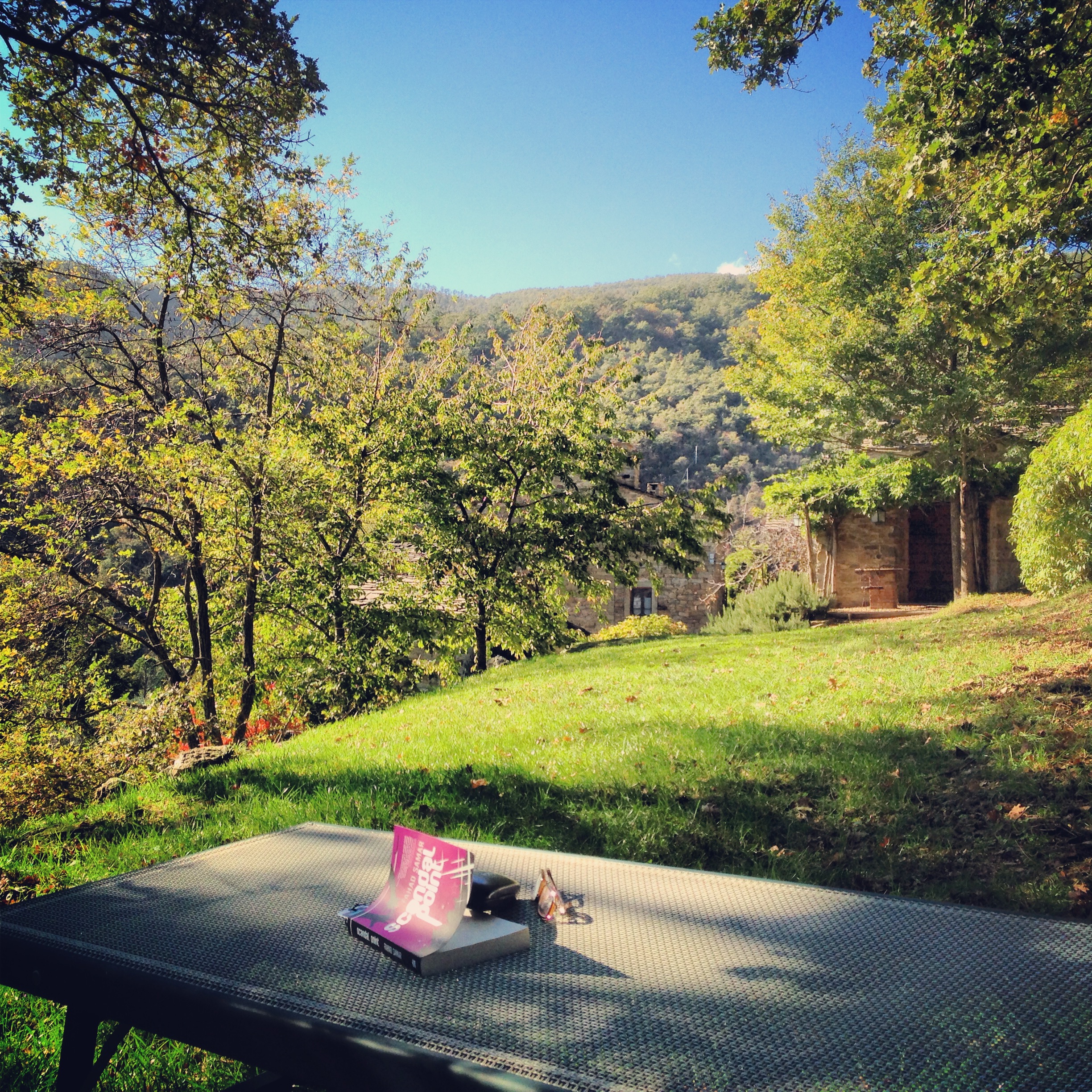 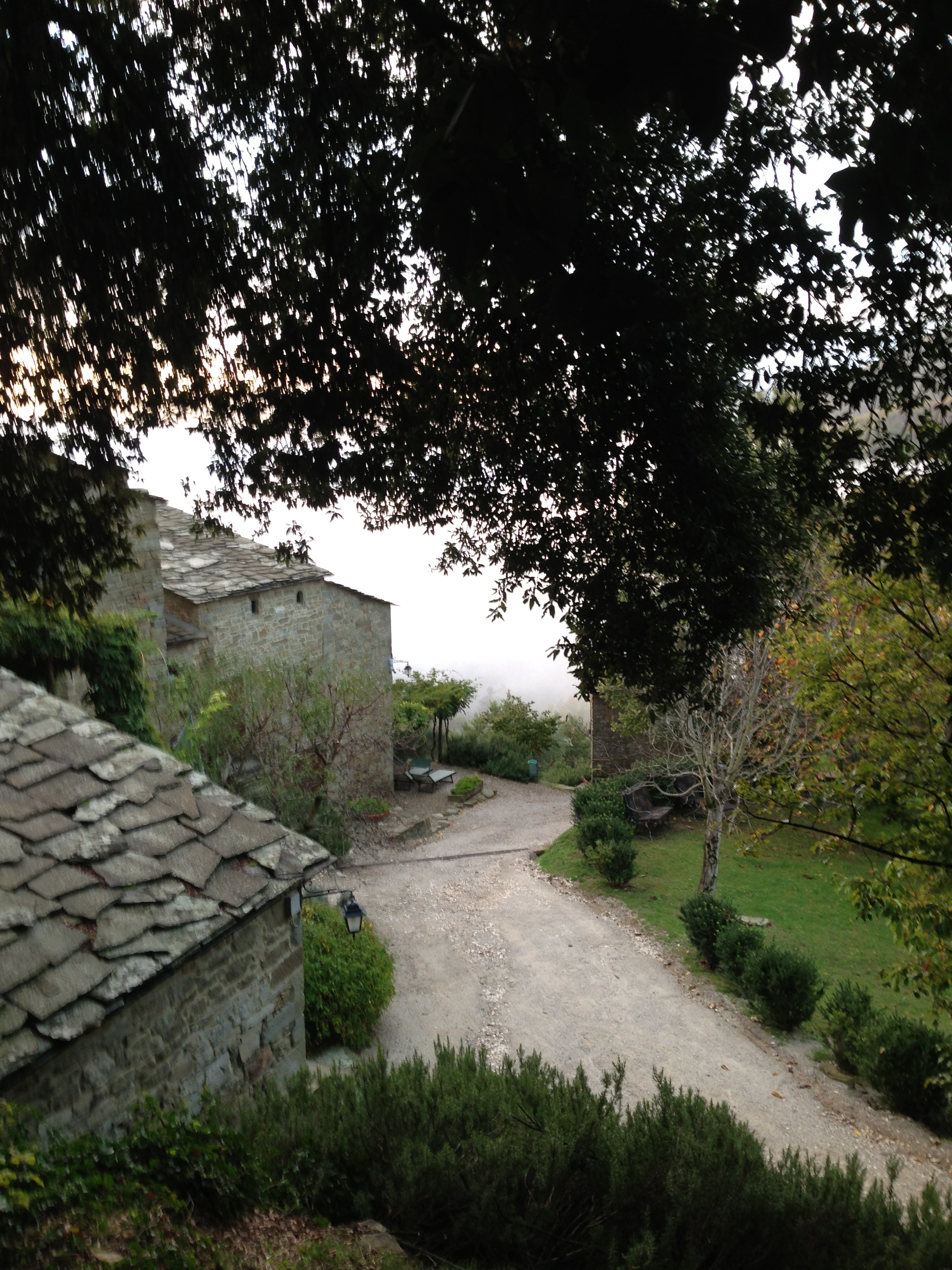 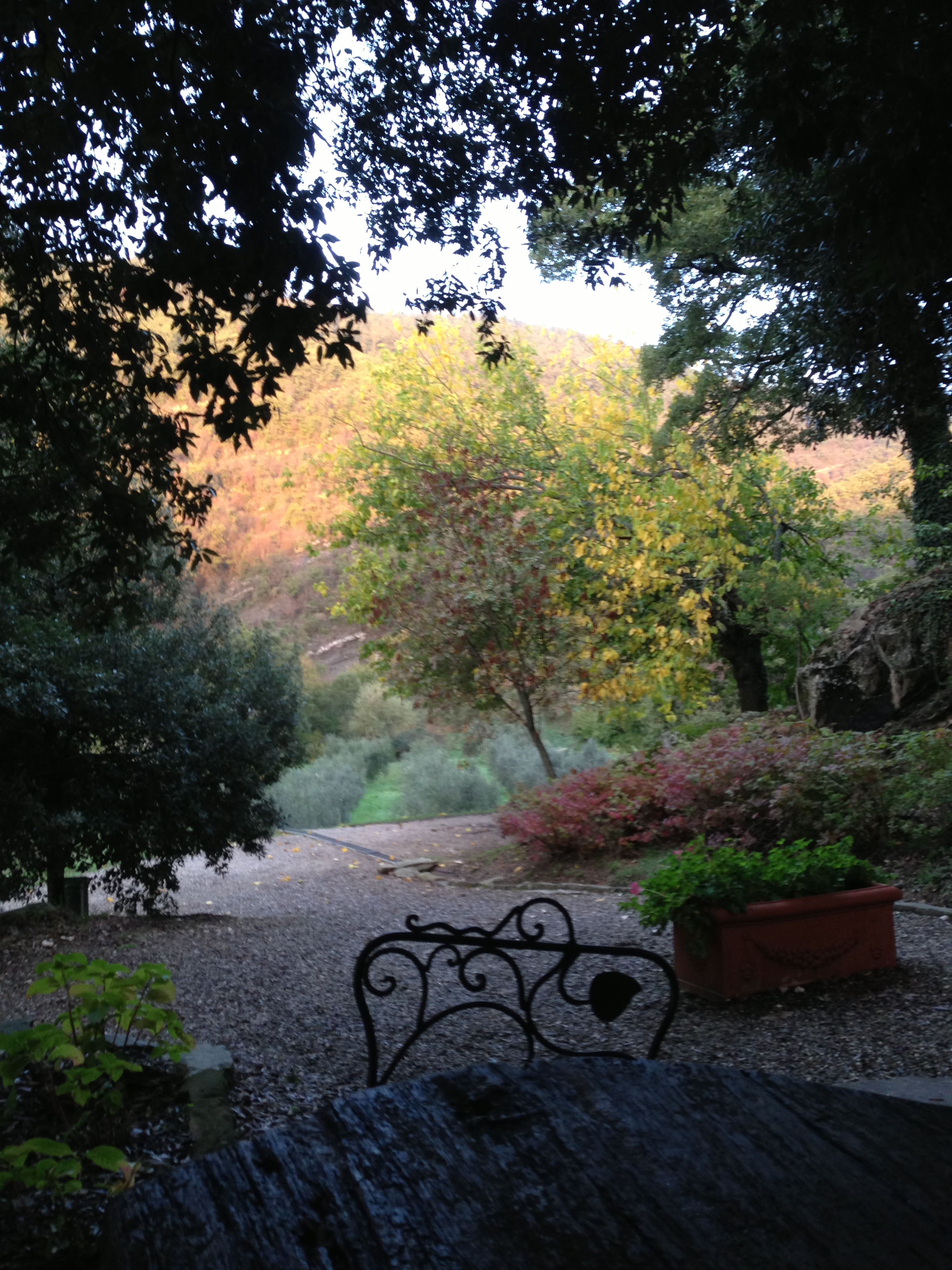 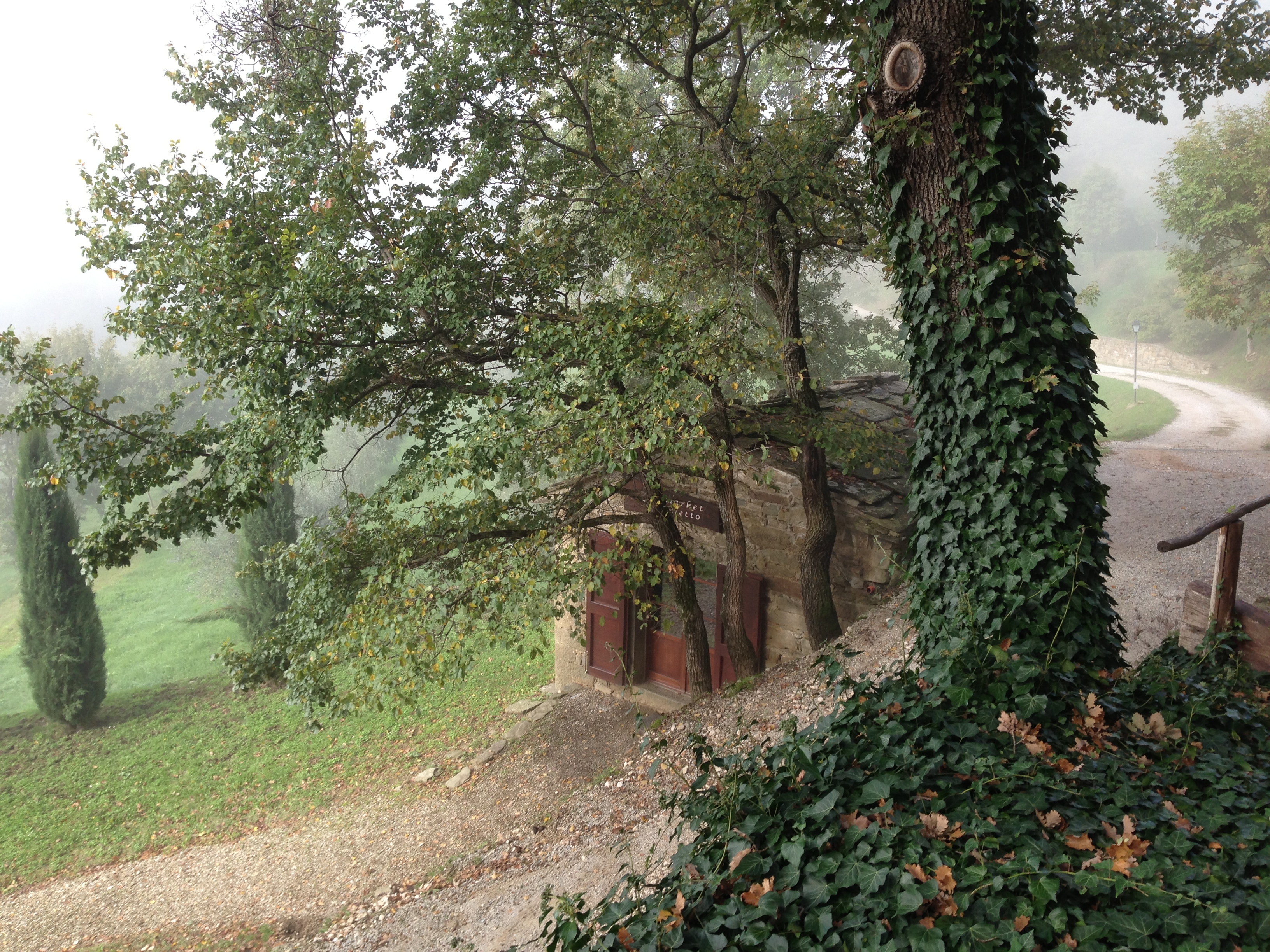 This family holiday was truly special. The time we got to bond as a family at Borgo di Vagli will be etched forever in our minds.

11 comments on “A walk in the Clouds”

Razia Mitha. says :
Thank you Saj yes it was truly a memorable holiday filled with treasured family moments.......beautifully written.......reliving the holiday through your write ups!Thank you son.......love & prayers.
Reply
Pallavi Shetty says :
Sajjid so beautifully written I was transported to this magical place!!! Please plan our family vacations!
Reply
Anand Kumar says :
Borgo seems to be a lovely place and your writing added to the charm of this exquisite destination!
Reply
Darren says :
Keep up the good work about traveling. Nice of you travelers to pen down your experiences. It is fascinating to read and I can almost imagine myself being there!!!
Reply
Subrato Sinha says :
Hi Sajjid your article about Borgo is very nice. I loved reading it. Keep it up!!
Reply
Shane says :
It is very beautifully written, Borgo is a beautiful destination, the pics about the place is breathtaking!!!
Reply
Dyson says :
This is best location if you wish to experience something different. The medieval architecture has a very different feel to it. The location is amazing as well, nestled in middle of the pristine surroundings of Italy.
Reply
Ravi Prasanna says :
I decided to come to this place after I read your post about Borgo di Vagli. We wanted to change our usual schedule of checking-in to luxury hotels to try something new. I was pleasantly surprised on what they had to offer us. It was a memorable stay and I am looking forward to come here often. Thanks Sajjid!
Reply
Raphael H says :
Borgo Di Vagli is on my list of travel destinations. Nicely written post Sajjid.
Reply
Jyoti V says :
It is a wondrous place to discover in Italy. Very nice property.
Reply
Jordon M. says :
Itâ€™s a well restored castle. Loved the place.
Reply