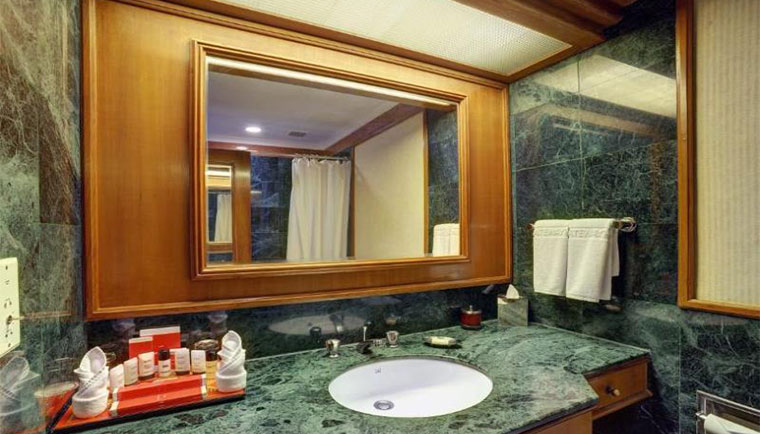 A Black Mark on the Highly Reputed Taj Brand Image

Not every property I stay at lives up to my expectations, however it is rare that a hotel I choose, disappoints on almost every front. Sadly, The Gateway Hotel, Ummed Ahemedabad, failed to impress. This despite the fact that The Gateway Hotels & Resorts is a 'Taj' brand and is described on the official website of the Taj Hotels, as a full service upscale hospitality brand in the South Asia region.

When I checked in, I was introduced to the GM, Mr. Darius Merchant, who welcomed me to the property with a smile and had someone direct me to my room. The first thing I noticed was that the hotel was dated and that everything from the lobby to the elevator needed urgent interior attention to keep the brand name from being tarnished. The hotel may have been considered luxurious or upscale way back in the 90s, however in this day and age, when competition is so intense, I am unpleasantly surprised to see that the Taj management has so obviously ignored the Ummed Ahmedabad and has allowed it to deteriorate so.  I was shown to my room on the 3rd floor. The room at best deserved 3 stars as the interiors were old and decrepit. The green marble in the bathroom reminded me of luxury hotels I frequented as a young boy. In the past decade however I haven’t seen a bathroom in a hotel of repute, with fixtures so tired and sink and shower faucets I remember admiring in my old uncles luxury home in the 1980s. I settled in and tried to connect to the Wifi. Here again I had issues and despite selecting the paid option, I was unable to find a link to connect. I thought I would alert the operator about the problem, however there was no answer even after 25 rings (yes I did count). I had no choice but to use my 3G connection. My exhibition in Gandhinagar was due to start the next morning and I had the rest of the evening to myself. I decided to watch some television and later would use the fitness facility at the hotel. When I did connect to the cable network, i was appalled to see the signal distorted and the picture quality garbled. I tried the operator yet again and much to my disappointment, there was no answer (this time I gave up after 15 rings). 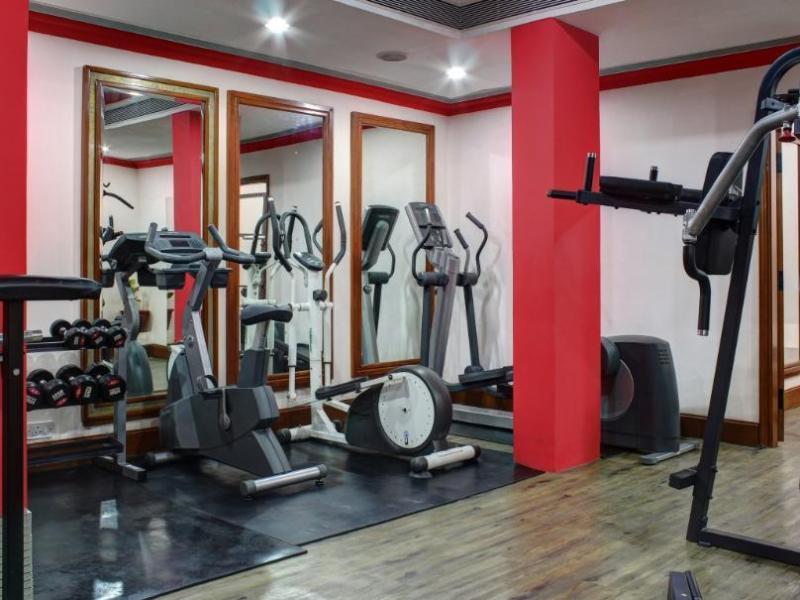 Frustrated, I headed to the gym to blow off some steam. When I got to the fitness centre, there was no attendant available nor was there a fitness instructor on site. The cardio equipment had two treadmills, both of different makes, two cross trainers and a cycle. There were no fresh towels nor were there any disinfectant tissues to clean the equipment. The water cooler had three glass tumblers, two of which were used. I refused to use the third as from a hygiene stand point, it isn't prudent to have glass tumblers at fitness centres. You can imagine why I was horrified.

After an hour long work out I returned to my room and decided to eat in. Post the work out, my guilt levels were low so I called room service and ordered a chicken and cheese grilled sandwich in multi grain bread. I requested for it to be well grilled and for the fries to be crispy. I switched the television back on and was happy to see that the picture quality had improved. Just as I was beginning to think that maybe I was being a tad harsh with my criticism, my telephone rang. It was the gentleman who had taken my order. He said that he was unable to grill the sandwich as the griller was under repair. I thought I was hearing things as how could a hotel like the Gateway not have a griller in their kitchen. He assured me that the sandwich would be well toasted and that I would enjoy it as much as a grilled sandwich. Finally when the meal did come, the less said about it the better. It was far from appetising. The toast was soggy, the chicken and cheese filling inside, bland. I went to bed that night troubled by the thought that I had two more nights to spend in this poor excuse for a luxury hotel. At breakfast the next morning, i walked up to the buffet counter to serve myself some muesli. i found three of the four jars were half full of cereal however the muesli jar was empty. The staff were quick to respond to my request of a refill. On returning to my seat, I ordered a black coffee and checked the morning news on my Ipad. I finished my cereal and as I headed to the live egg counter, I politely asked the waiter for my coffee again. When I returned to my table there still wasn’t any coffee served and that is when I was told by a gentleman seated on the table across that he was served his coffee twenty minutes into his breakfast. He went on to say that the service was poor and that he was told by the staff that they had a full house and hence had many tables to cater too. My response was simply one of shock and utter disappointment. 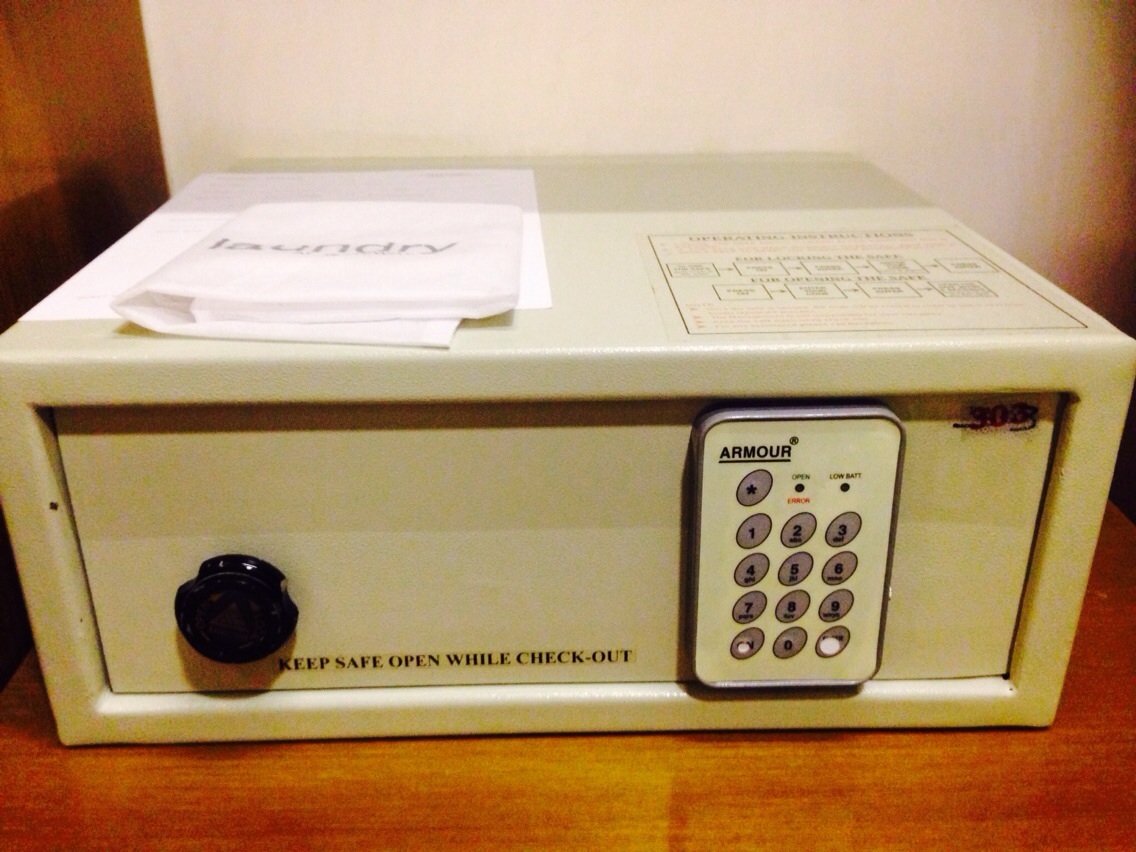 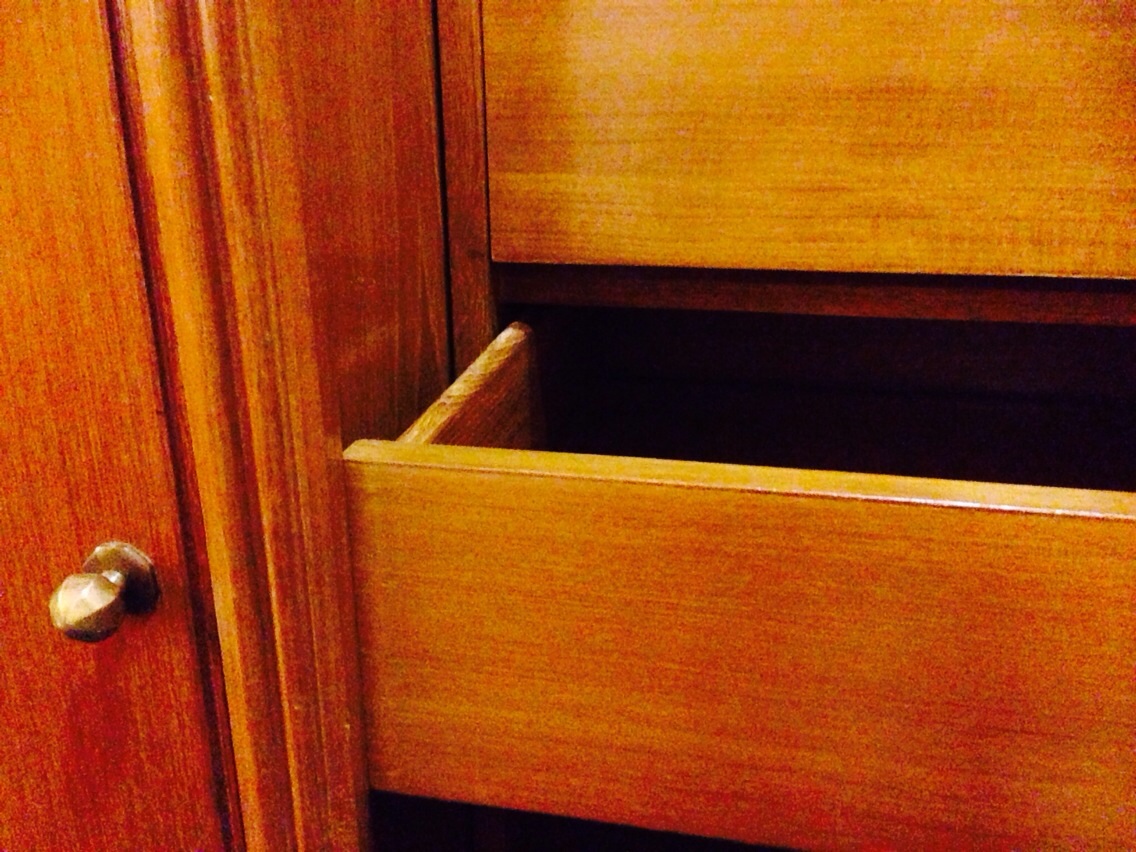 Over the next couple of days, there were many more stories which I reluctantly added to my list of let downs at the Gateway Ummed. Poor service at breakfast, bad quality of food including the frozen chicken patty served in my burger, a non operational safety deposit box, draws which hit the edge of the cupboard when opened, a frayed dressing gown I chose not to wear and a poorly stocked mini bar ( Gujarat is a dry state so the refrigerator does not stock alcohol, however to make up for this, there is opportunity to truly present a wide choice of food and drink items for the resident.) Gujarat is a state in focus after the Modi wave. There is a dearth of top quality hotels in the state, but this I hear will change. However the Taj needs to step up to it’s brand image and desperately mend the many faults in its current property if it wishes to impress. For now at least, the light at the end of the tunnel is that of an oncoming train.

Razia Mitha. says :
Sad very Sad and to say the least shocking!!!!! I sincerely hope they "mend their faults"and keep the Taj banner flying high majestically.
Reply
Anand Kumar says :
When you mentioned that the getaway is a Taj brand I again read that part. Much to my disbelief that Taj could give a service like this??? It is truly shocking.
Reply
Darren says :
I really hope that Taj takes note of your bad experience and does something to rectify it.
Reply
Mike says :
Quite shocking! I canâ€™t imagine a hotel affiliated with Taj, renowned for its impeccable service, can have such a poor service. Will avoid this hotel at all costs.(
Reply
Subrato Sinha says :
I'm appalled that the service at Ummed Ahmedabad has deteriorated to this extent. I enjoyed my stay here but that was about 10 years ago. I hope the management takes the right steps to improve the conditions.
Reply