The overwater dining concept serves locally grown and caught ingredients, with an emphasis on small plates

October 20, 2020: With a name inspired by its breath-taking overwater location in Soneva Jani’s lagoon, Overseas by Mathias Dahlgren is the brainchild of the acclaimed Swedish chef and restaurateur. After visiting Soneva Jani, Mathias fell in love with the location and wanted to celebrate the seafood found in the Indian Ocean and the produce grown in the resort’s organic gardens. Located by The Gathering, the overwater al fresco restaurant and kitchen has a laid-back atmosphere with uninterrupted views towards the horizon is open for lunch and dinner. The menu focuses on pescatarian, vegetarian and plant-based dishes, serving a selection of single plates, sharing plates and signature mains for lunch and dinner. The fish and seafood featured on the menu are sustainably caught in local waters, while the organic vegetables, herbs and fruit are freshly picked from Soneva Jani’s own organic gardens.

The menu is split mostly between seafood and vegetarian dishes, while there will be fully plant-based options. A pre-set menu of Chef’s Choices is the highlight, letting diners try a full range of dishes which includes single plates, sharing plates, signature dishes, an open selection for the main dish and dessert. With the pre-set menu there is a possibility that items from the single dish menu can be added to the meal. In the Chef’s Choice Dinner set menu expect snack plates like Soy Roasted Macadamia Nuts (plant-based) and Chickpea Crisp & Oyster Leaf Emulation (plant-based). Sharing plates such as Asian Mango & Buffalo Mozzarella with Thai Basil, Olive Oil, and Black Pepper (vegetarian), or Sashimi of Raw Smoked Tuna, Soy Mayonnaise, Ginger, Black Radish. Signature dishes include Charcoal Grilled Fish & Salad Wrap served like Korean Bo Ssam or Black Fermented Bean Stew, Kimchi Pickled Greens, Black Pepper Sauce (vegetarian). The main course choices include Fried Shrimp with Spicy Glass Noodle Salad and Peanuts and the Hot and Sour Tofu with Grilled Bok Choy (plant-based). Desserts like the plant-based Avocado, Passion Fruit, Physalis, Kaffir Lime, Vanilla and Mint, or the vegetarian Cherry Sorbet, Tonka Bean, Coconut Ice Cream and Dulce De Leche round off the meal. There is also a Chef’s Choice Lunch menu which consists of single plates, signature dishes, and dessert. 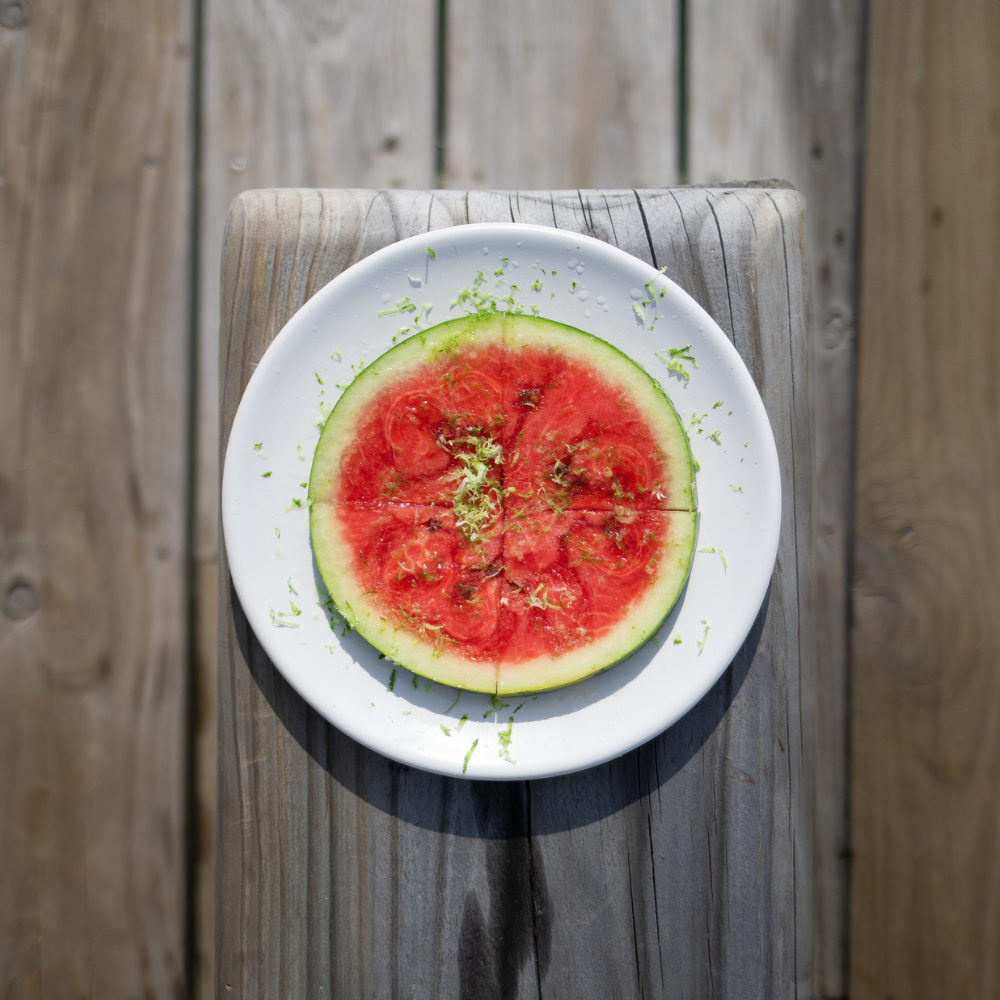 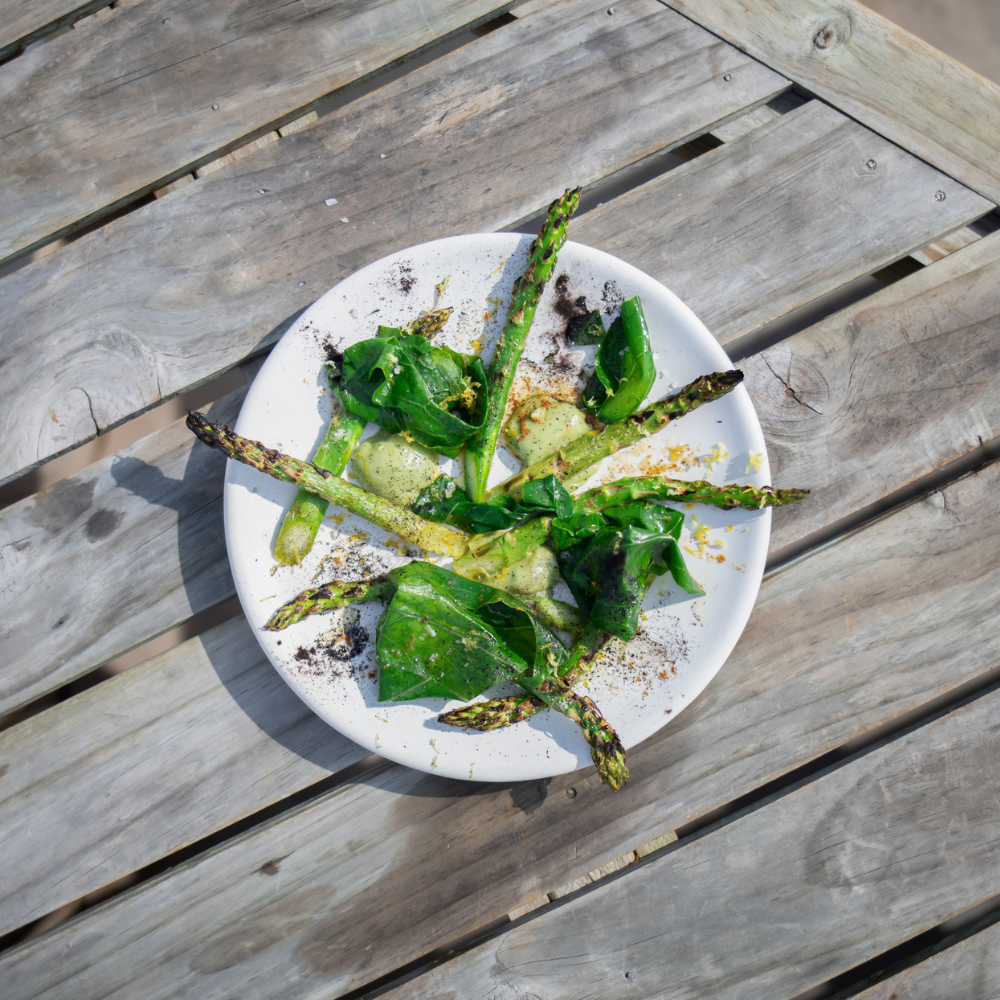 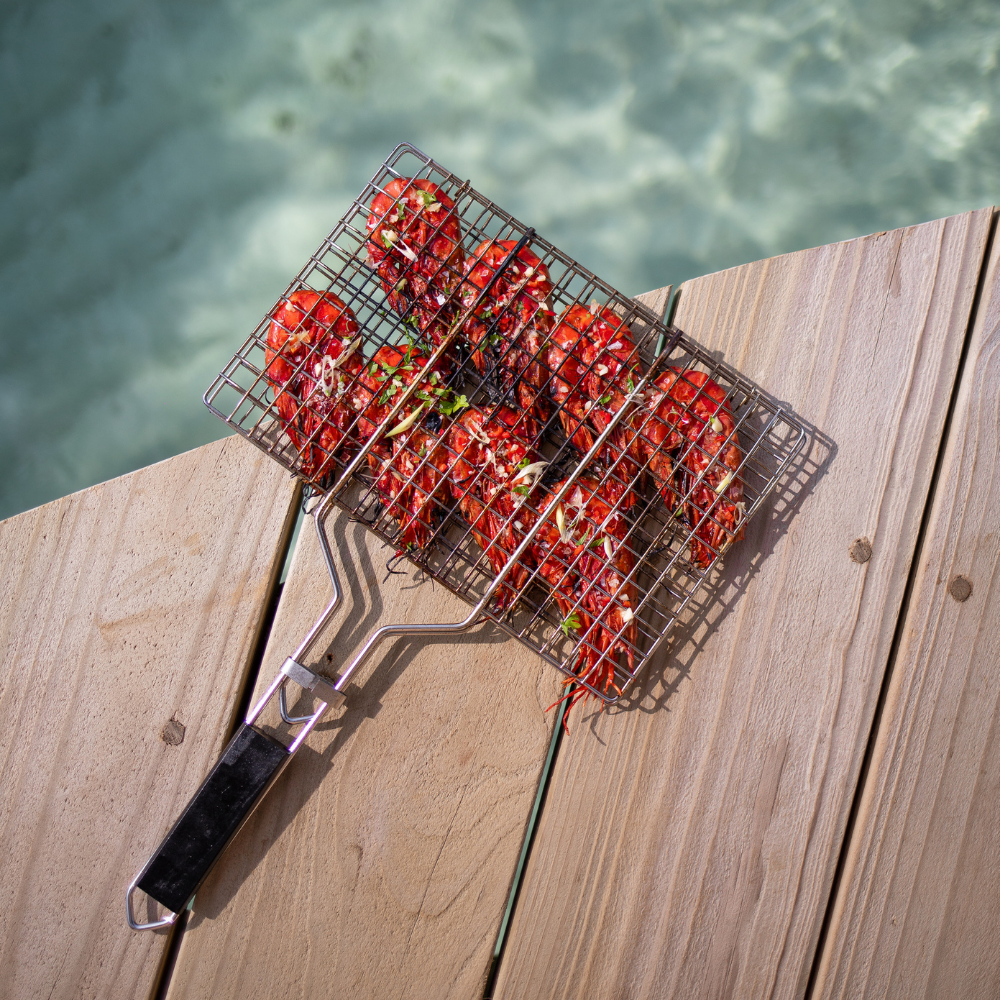 Mathias Dahlgren has been interested in food for as long as he can remember, having learned the connection between food, family, and the land at an early age. He trained as a chef in his hometown of Umeå and has an extensive history of running successful restaurants in Stockholm, including the legendary Bon Lloc, which he ran between 1996 and 2005 and was awarded one Michelin star. Renowned for his culinary skills and creativity, Mathias’s food philosophy is based on what he calls “the natural cuisine”. In his own words this builds on “a Swedish identity on a regional platform, creating cuisine that is open for local as well as global ingredients and influences. A cuisine that celebrates the fresh produce of each season.”

Through the years, Mathias has received accolades from both the food industry and international press. Today, he is still the only Swedish chef to have been awarded the internationally acclaimed “Bocuse d’Or” (at the age of 27), which is the most prestigious gastronomic competition in the world. He is also the sole chef in Sweden to have been named “Chef of Chefs” eight times by Sweden’s top gastronomic colleagues. He was president of the Swedish Bocuse D’Or Academy for many years and a former professor at University of Umeå. Mathias Dahlgren is also the author of seven cookbooks.

In 2007, he opened the eponymous Mathias Dahlgren restaurant at the Grand Hôtel, consisting of two restaurant concepts, Matbaren (“the food bar”) for more casual lunches and dinners in a contemporary setting, and Matsalen (“the dining room”) for more elegant evening dining. In 2008, Matsalen received its first Michelin star, becoming a two-star Michelin restaurant in 2009, at which time Matbaren received one Michelin star. In 2014, Mathias added a third, innovative concept of Matbordet, Swedish for “the dining table” within Matsalen, where guests ate right in the middle of cooking process. At the end of 2016, Mathias chose to close Matsalen and Matbordet at the top of their game. The premises underwent an extensive renovation and on February 13 in 2017, Mathias opened the new lacto-ovo vegetarian restaurant named Rutabaga, taking green cuisine to a fresh, new and delicious level. The rutabaga is one of the few vegetables to originate in Sweden, which is why they are called ‘swedes’ in the U.K. In North America, France and Italy they call them rutabagas, which comes from the original Swedish term for the vegetable: rotabagge.

He currently runs two restaurants at the Grand Hôtel in Stockholm, the award-winning Matbaren and the vegetarian eatery Rutabaga. He also runs the Green Rabbit rye bread bakery, with focus on rare Swedish grains, in the Norrmalm district of the city. His establishments are lauded for serving food made using the finest fresh ingredients, along with a focus on outstanding service with a lot of charm. 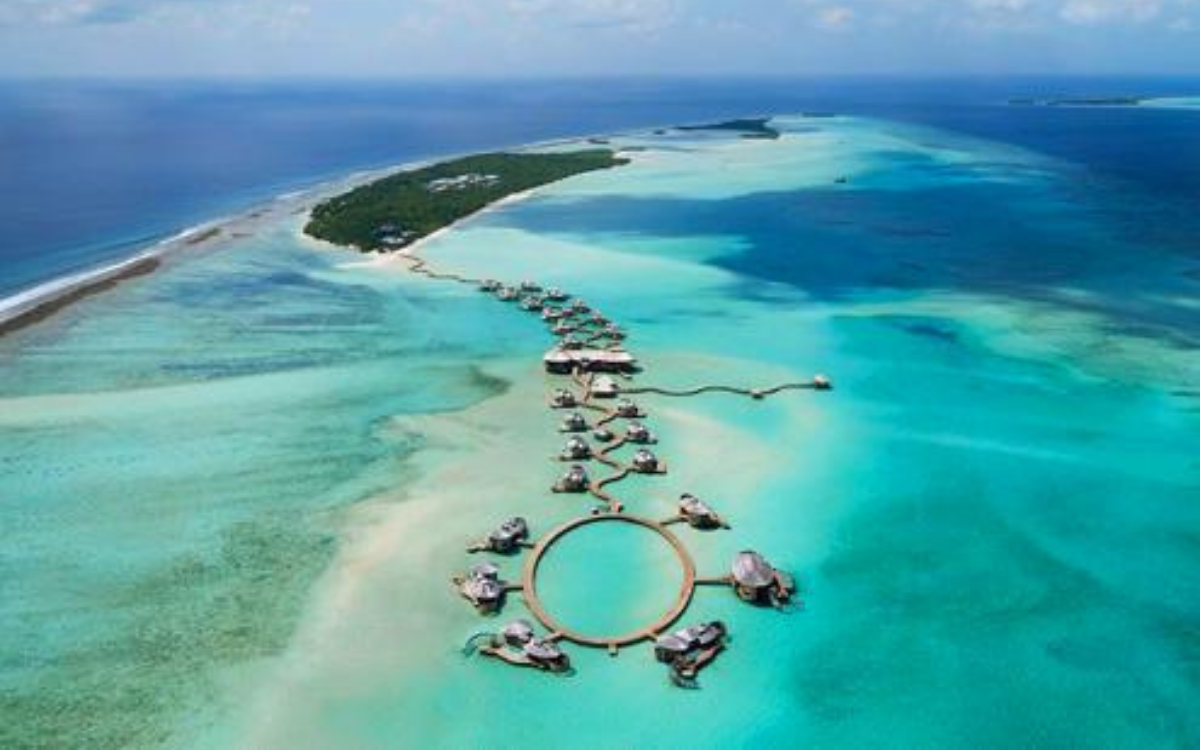 
Soneva Jani is located on the island of Medhufaru within a 5.6-kilometer lagoon in the Noonu Atoll, and has uninterrupted ocean views in all directions. The lagoon is 35 minutes by seaplane from Malé International Airport, and one hour by speedboat from Soneva Fushi. The recently opened Maafaru International Airport in the Noonu Atoll is just a 15-minute complimentary speedboat ride from Soneva Jani.

Meaning ‘wisdom’ in Sanskrit, Soneva Jani currently comprises 24 overwater villas and three island villas, with additional Water Retreats to be built in Chapter Two. Five islands encircle the lagoon, each one with soft white sands and covered in rich tropical vegetation. Four of the five islands will remain untouched, making Soneva Jani the lowest density development in the Maldives. The overwater villas are spaced across the expansive lagoon, offering privacy and extensive views over the Maldives’ turquoise waters.

The island villas will be tucked into the lush greenery, providing the ultimate privacy, and all within steps of the beach. Soneva Jani’s main guest facilities are located at The Gathering, the heart of the overwater villas. This dramatic three-story structure is home to the main dining outlets, in addition to the Soneva Spa, library, retail area and wine cellar. It is located next to the Maldives’ first overwater Observatory. The Crab Shack, offers a toes-in-the-sand dining experience that highlights succulently sweet Sri Lankan Mud Crabs, Alaskan King and Kamchatka crabs, and Mediterranean inspired seafood dishes. It was voted the ‘Most Romantic Restaurant in the World’ by CNN.com.

Facilities on the island include the overwater Cinema Paradiso and restaurant by Chef Nikki, the Eco Centro Waste-to-Wealth centre, organic gardens, tennis courts, water sports champa and North Beach on a deserted island in the lagoon.

The perfect Paradise in the Midst of a global Pandemic