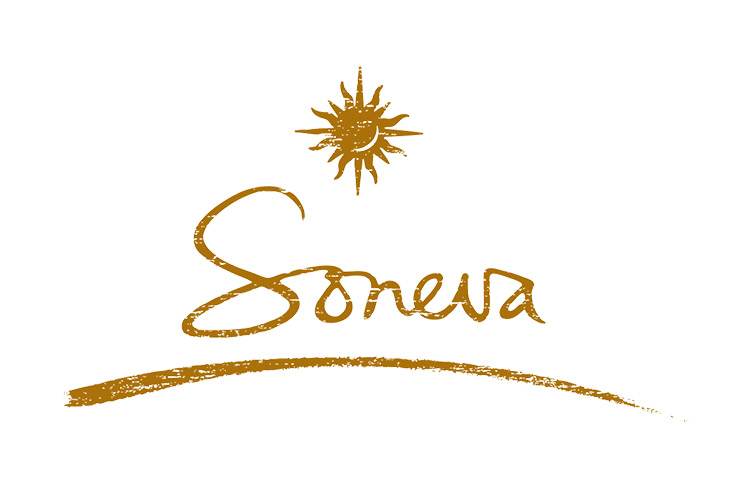 March is already here! The Colour of this month is Saffron and we have so much going on at the resorts: A sushi master, Michelin dining, a world renowned therapist, an athlete and many more are in store.

There are four Michelin-starred chefs visiting Soneva Fushi in March: We are delighted to welcome again the 3 Michelin-starred Young Sushi Master Kenji Gyoten, whose restaurant in Fukuoka, Sushi Gyoten, has a six-month long waiting list. The two times Michelin starred Chefs Heiko Nieder and Guillaume Bracaval and the one time awarded Michelin starred Chef Marcello Ballardin, who serves a contemporary cuisine with surprising flavour combinations at his restaurant, OAK .

Adding to the resort’s wellness offerings Roger Moore brings his combination of Western and Eastern approach to health and wellbeing to Soneva Jani. Natalie Dau, a champion Crossfit and Spartan Race will be hosting an exclusive bootcamp while at Soneva Fushi. Learn the art of freediving with Ken Kiriyama, a freediving champion at Soneva Fushi. Maureen Cromey, one of London's most highly respected acupuncturists will join Claude Simard and Jill Banwell, two internationally acclaimed practitioners also at Soneva Fushi.

We also want to announce the opening of our newest restaurant ‘Shades of Green’ at Soneva Fushi. The 20-seat plant–based restaurant is located in the resort’s organic garden and aims to tap into the global movement that places an emphasis on fresh, organic and local produce, while also aligning with Soneva’s values. Guests will be guided through the garden to learn about the herbs, vegetables and fruits grown on the land, as well as actually pick the ingredients to be used in their meal.

The Serai by Sujan luxury

Noor Anand Chawla says :
It looks like a busy and productive month is lined up this March for the Soneva Fushi brand. I always look forward to what they will offer next!
Reply
Sandy N Vyjay says :
I am really impressed by the restaurant, Shades of Green, The plant-based restaurant in the midst of an organic garden, sounds like a great concept.
Reply
Hema Gayatri says :
Wow. March seems to be a busy month with some amazing activities. Looking forward to getting more updates from your blog post about various events. Thanks for sharing.
Reply
jhilmil says :
I'm quite amazed with the newest Restaurant Shades of Green, the interesting concept of seating clubbed with Organic produce sounds great. Overall seems a great month!
Reply
Jhilmil D Saha says :
March looks like a hectic and productive month. Loved reading this post looking forward for more information.
Reply
Rituka Bisht says :
I love the way you planned everything, excited to more details about this on your blog.
Reply
Reetuparna Saha says :
To be learning about the different herbs while also enjoying food at such a wonderful restaurant is an amazing idea. I am additionally loving the ambience of the restaurant.
Reply
Deepa says :
So many activities planned this month for them. Sounds interesting. Loved the shades of green and colour of the month is my favourite.
Reply
Mrinal Kiran says :
Shades of green looks absolutely beautiful! March indeed seems amazing! Waiting for more amazing updates via your blog! Loved the post! :)
Reply
travelmango says :
In reply to Mrinal Kiran
Thanks Mrinal.
Reply
Anubhuti Seth says :
Wow.. Shades of Green sounds like a unique but a great concept.. Looking forward to know more updates..
Reply
Charu Chittwal says :
This surely looks like a lot is on the table for March for you, loved reading the blog, very beautifully written, would love to hear more about the same on March end ðŸ™Œ
Reply
Nisha says :
March is damn busy for sure. Shades of Green sounds very appealing to me. I would prefer a place with plants any day.
Reply
Judy says :
The 20 seater shade of green restaurant looks so good. Plus if given an opportunity I wouldnt miss to try delicious food prepared by the Michelin star chef.
Reply
Ruchi Verma says :
Look like a busy month ...with so many great activities planned and so many events too..Thanks for sharing this
Reply
Sakshi Gupta says :
March seems to be thrilling, busy and productive month for you. With events lined up, i am glued to your website for all upcoming updates
Reply
ADITI CHIB says :
wow.... its so nice blogpost.I liked it so much. So much information.
Reply
Aditi says :
written so well. March is the buziest month. Also there is financial year ending and many more things... And yeah I also love sushi.... thanks for all the information
Reply
travelmango says :
In reply to Aditi
Thank you Aditi.
Reply